The Windows 7 Sins campaing mentions the pressure put by Microsoft on OLPC to switch to Windows as one of the sins. Many of my OLPC and SugarLabs friends were offended by this association and pointed out a few factual mistakes. Contrary to what NicholasNegroponte had announced to the press in multiple occasions, so far only a tiny (unspecified) fraction of laptops shipped by OLPC were actually preloaded with Windows. According to internal OLPC sources, there are no plans for Windows7. Moreover, the announced XO2 will be ARM based, which undermines Microsoft's ability to run any version of Windows except for the CE family crapware that was rejected even by the mobile market.

The FSF has now corrected the campaign web site, but we are left wondering what's actually going on between Microsoft and OLPC; why would Negroponte tell the press that OLPC is shipping Windows when in fact it's not and when their roadmap would make that highly unlikely?

This whole story smells like a huge pile of bullshit, but, so far, nobody has been able to provide a convincing and logical explanation for the inconsistency between Negroponte's press releases and actual actions. It would be really interesting to know, because this conduct is harmful to the public image of OLPC and an embarrassment for Sugar Labs too.

Today I joined my new colleagues in a protest against Microsoft in BostonCommons. Throwing Windows 7 and Mac OS X boxes in a giant waste basket was a lot of fun. 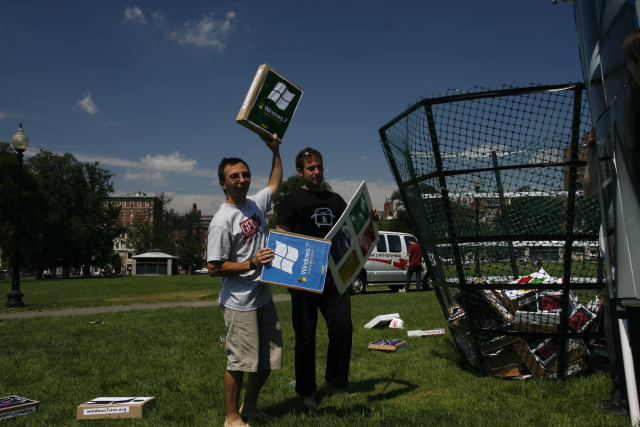 Today I jumped on a plane from Pisa to Boston through London (where I met DavidWoodhouse for a quick lunch).

I'll be staying at the Acetarium, where the rent includes a nice bike, japanese food, and a lot of good company. Over the next 6 months, I'll do an internship at the FreeSoftwareFoundation, take courses at the HarvardExtensionSchool, and of course work on SugarLabs' infrastructure, community and governance.

I don't really know how much of this frenetic life I can take before I'll need to stay in a comfortable room with padded walls... Ouch, this reminds me that I don't have health insurance here! 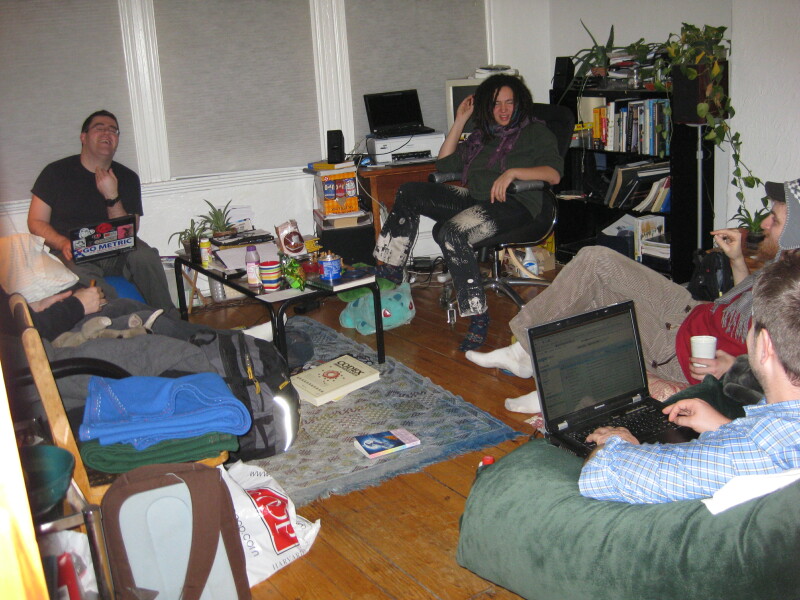