Sun, May 30 — Biking & Skating along the Minuteman Bikeway ¶

Sayamindu came up with a plan for a Sunday excursion to the Minuteman Bikeway. Dogi, Marina and I did it with roller skates, with the support of Sayamindu's bike. Adam reached us a little later with a second support bike (which was unfortunately incompatible with Dogi's 50 pounds Gundam gear). Next week we're going to try this again on Memorial Drive. Anyone is welcome to join us with their any wheeled locomotion system!

Don't miss the complete trip commentary in our Codew'z photostream. 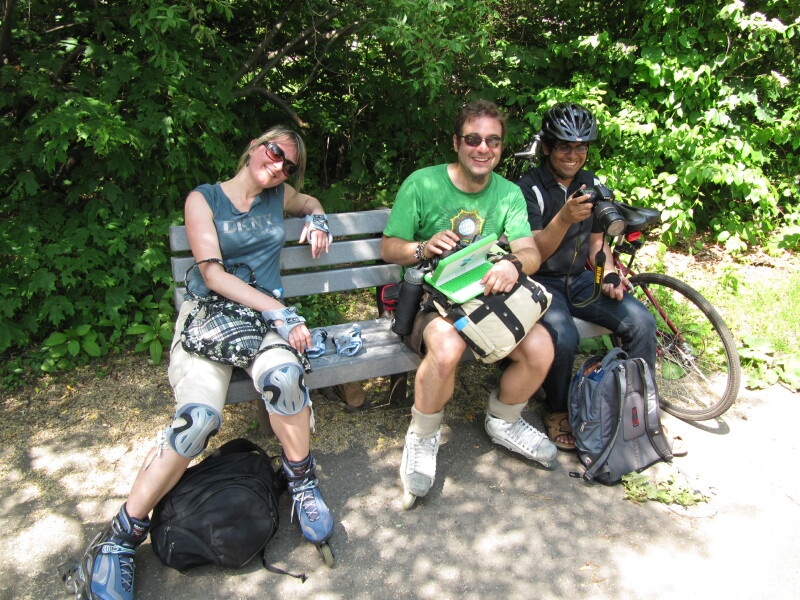 Fresh, merry people at the beginning of the track 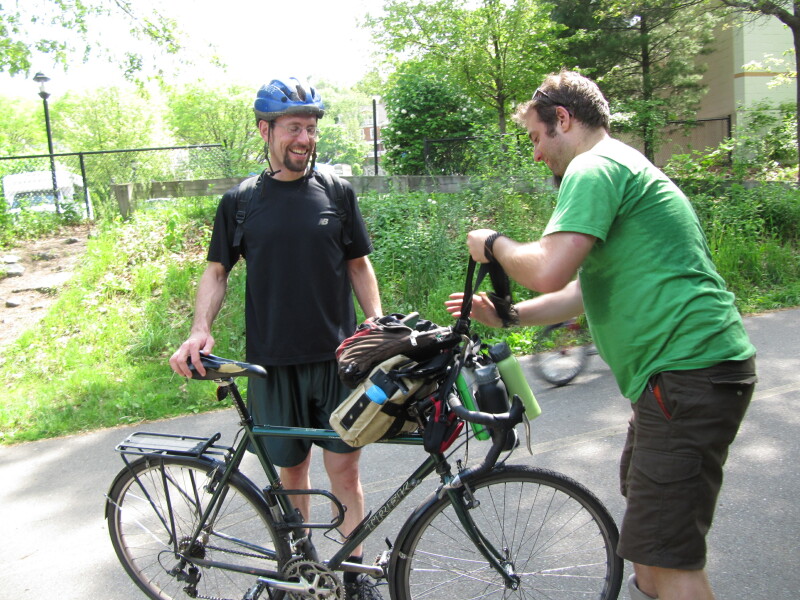 Dogi tries to load Adam's bike with his 'Gundam' gear 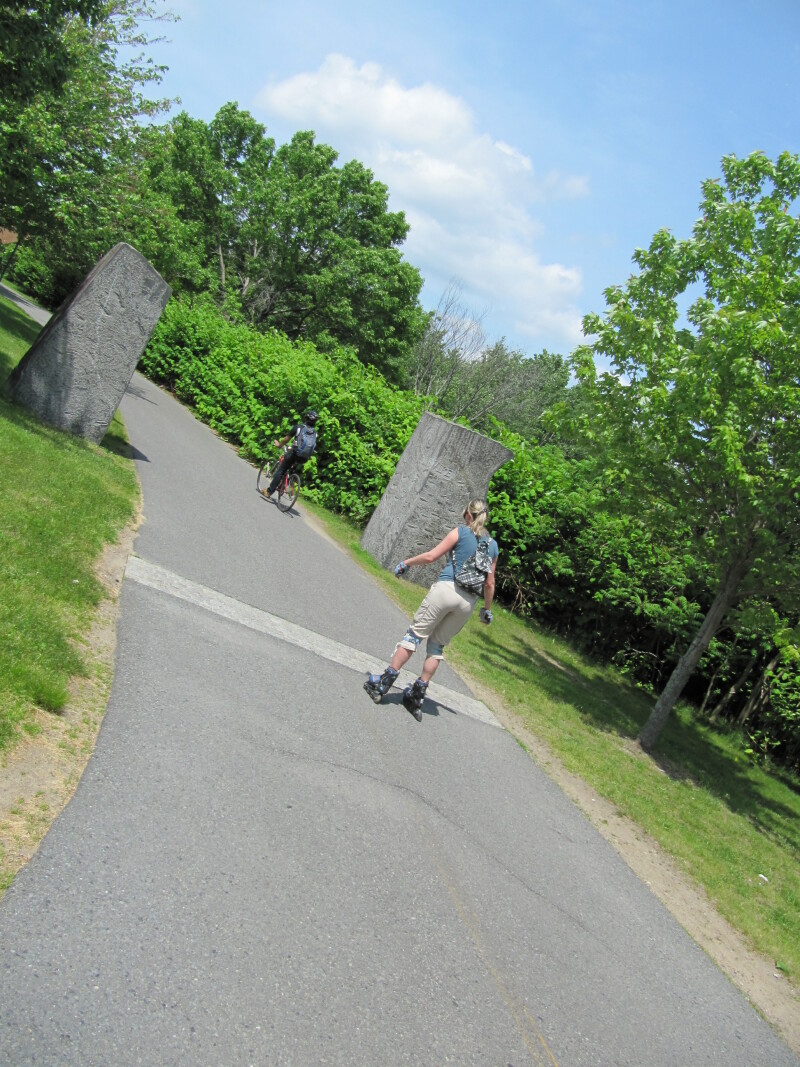 Marina trying to catch up with Sayamindu... 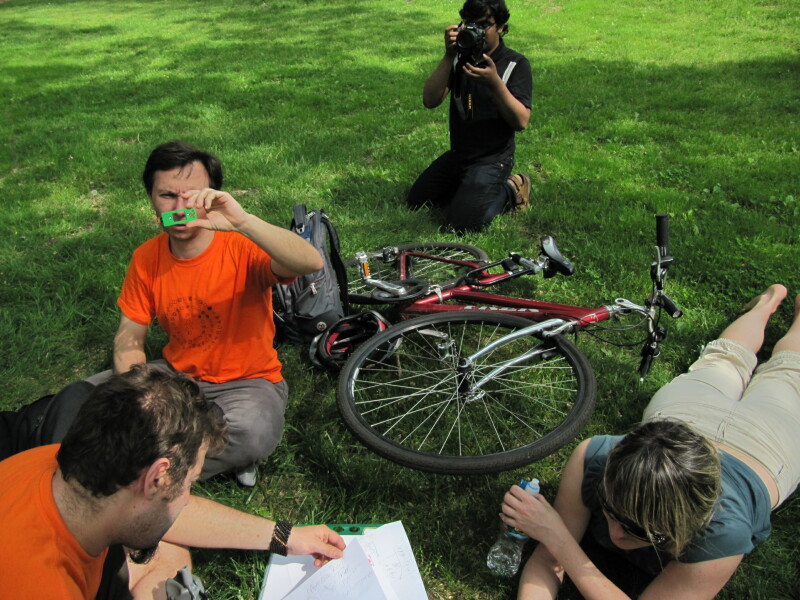 Pic-nic at the turning point 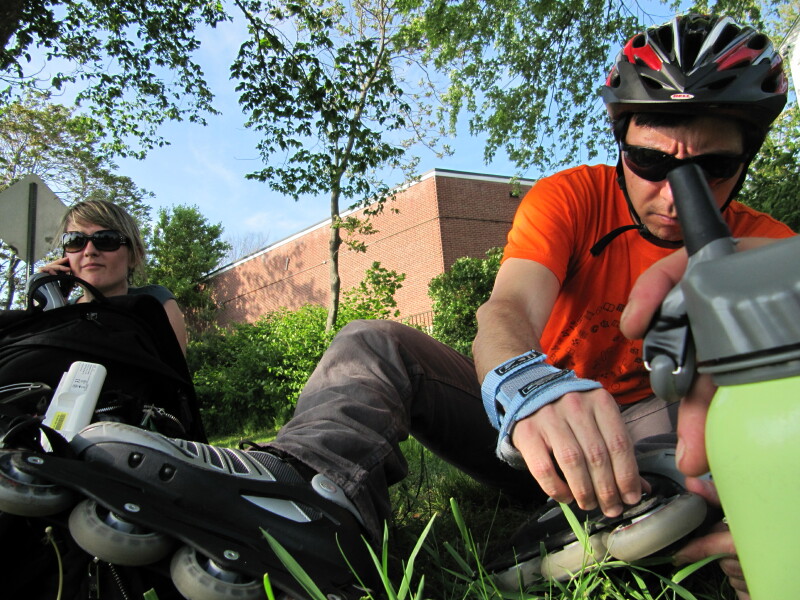 Bernie tunes his skates while Marina checks again on her iPhone